How to Create a Stay-at-Home Spa Date Night

A Guide to Breweries Around Ohio State’s Campus

How to Have a Progressive Dinner Date Night in German Village

Bob Evans Giving Away Free Date Nights for a Year

Best of March: 75+ Events for Date Night in Columbus

Where to Take Cooking Classes in Columbus

With the new year already in full swing, I’m sure many of you are wondering what 2020 will bring to Columbus. We all know there will be plenty of new breweries and restaurants, but also there will be new concerts, hotels, live shows, and events! Here are the best new ways to do date night in Columbus in 2020.

Four Entertainment Group from Cincinnati is bringing exclusive nightlife to Easton Town Center’s new expansion, with the Beeline Bar. With no dedicated restaurant, this space will be THE place to hang out on the eastside featuring weekend DJ entertainment. In the summer months specifically, as the majority of it will be devoted to outdoor entertainment. But don’t worry, in the winter months there will be heat lamps and a rumored s’mores buffet!

North High Brewing Company recently announced they will be taking over the Brazenhead Dublin space in conjunction with COhatch. The brewery will be located in the old building, opening in spring, with the coworking in a new adjoining facility.

The ever revolving Short North will add a self-proclaimed “new concept” called the Pocket Bar Short North. Instagram teasers are up, so I’m anxious to see what the new concept entails! The highly anticipated Budd Dairy Food Hall in Italian Village, will be opening in the early months of this year (we hope!). The new endeavor from Cameron Mitchell Restaurants will feature previously announced “chef partners” including well-known local favorites Boni: Filipino Street Food, Cousins Maine Lobster, and Stauf’s Coffee Roasters, as well as six newcomers. The hall will also have bar space with communal seating throughout.

Another Cincinnati concept from the owners of BBR, Dahlia Nightclub, and Fireproof, called Galla Park will be opening in the Short North. This location will have more of a restaurant focus with a dance floor and DJs spinning tunes on the weekends. During the week they will have live entertainment.

Ivan Kane opened his 4th Forty Deuce location on January 10 as part of the new district at Easton (other locations are in Las Vegas, Los Angeles, and Atlantic City!). This cafe/club approach gives you the opportunity to grab a burger for lunch, dinner, or late-night and is combined with a “secret” upstairs burlesque club. Crimson Cup, Dragon Donuts, Slurping Turtle, and True Food Kitchen will be joining later in the year.

More dinner spots we are excited about this year include: Freedom A La Cart, North Market at Bridge Park, The Pearl Dublin, TownHall

Hilliard locals are very excited for the Center Street Market to open in the center of town. The market is modeled off Plant Street Market in Winter Garden, Florida. The market will include a new brewery to the Columbus area, Crooked Can Brewery, as well as local favorites: Bakes by Lo, The Cheesecake Girl, Coffee Connections and a few more still to come! If you want an idea of what to expect, check out this article from our sister site in Orlando: 7 Quintessential Dates at Plant Street Market.

Adventure Cove will be opening this spring at the Columbus Zoo. The new exhibit will house California sea lions and harbor seals. The experience will feature a first of its kind viewing tunnel that will allow guests to walk underneath the habitat.

I have to say, the media specialist in me is so excited about the new “bar” in town. Studio 614 is opening Makers Social, a new DIY bar in Franklinton at the end of the month. This bar features beer, cocktails, AND a menu full of DIY projects you can make yourself. Projects range from bird feeders to bows paired with cocktails aptly named “Home Improvement” or “You Know the Drill.” (Libraries now have makerspaces that encourage creativity and problem solving. This bar reminds me of that!).

Indus Hotels will be adding another Aloft brand hotel to Columbus. This one will be situated on Olentangy River Rd. close to OSU. The hotel’s modern design will make you feel as if you are in your own boutique college dorm room. Their W XYZ bar will provide chill vibes and cool cocktails.

Other hotels we are excited about: Residence Inn (John Glenn International Airport)

Opened near the end of 2019: Canopy by Hilton, Graduate Columbus, Moxy Columbus

Dashboard Confessional and The Get Up Kids
Friday, March 6, 7pm
Newport Music Hall 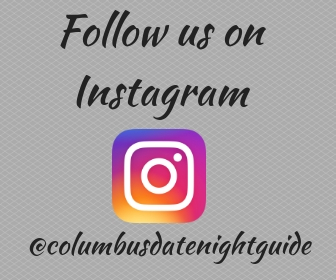